There are days that you will never forget. Days like the day you were married or the day your child was born. Days that hold great meaning and reverence. And then there are other days. Days that aren’t anticipated, aren’t desired, and aren’t full of magical moments. But, regardless, these days won’t let you go. They are with you forever. The day the police showed up at our homeschool was one such day. It started as a pretty good day in our first year of homeschool. It was the only year all three children were homeschooled. The oldest would soon be taking dual enrollment classes and gradually moving out of our home and into college. The middle was in elementary, and the baby was just starting first grade. These are some of my favorite days to remember – days when everyone I loved was under my roof and my protection.

But, what started off as a fairly typical school day took a hard left around lunch and became a day to live in infamy.

As I said, this was a pretty typical day. All three kids had finished their school work, and I was making lunch. I have no idea why I had decided to make tater babies that day for lunch, but it was a fated decision.

Dad was only working a half-day and would soon be home. Since it was a “typical” day, I was in my “typical” pajama yoga pants and t-shirt. I had plans to grab a quick shower, throw on clothes and makeup, and pretend to hubby that I had been dressed that way the entire day. (Yes, I know this makes no sense. But, I’m not always known for rational thought.)

So, I fixed the kids’ lunch and headed to the shower at the other end of the house. As I was closing the bathroom door, I heard the baby tell her teenage brother to stay out of her tater babies. And as the water came on, I’m pretty sure I heard a muffled scream. But, this was MY time. My time to shower in complete silence. Surely they could keep from burning down the house for 10 minutes while I stood underneath a tiny waterfall of steamy hot water.

Mere moments later, the baby came to my shower, opened the door and preceded to inform me that her brother had eaten her tater babies. I recall muttering something about dealing with him when I got out and shut the door. She stood outside the shower and in a muffled voice ranted about how she was going to steal ALL of his tater babies.

So, of course, I assumed all was well.

A moment or two later she was back. She informed me that she had indeed stolen her brother’s tater babies and that he was threatening to “call the cops” on her. At this point, my sacred shower was beginning to lose its luster. I leaned my head on the wall and informed her that her 15-year-old brother had enough sense not to “call the cops” on her and that Daddy would be home soon to deal with him and the theft of the tater babies.

Again, I tried to resume my peaceful, relaxing, steamy moment of Zen.

And, again, a tiny blonde-haired child bounced into my bathroom. Once again she opened the shower door to tattle on her siblings.

And, yet again, I tried to calm her down. Although, by this time I was starting to lose my cool and may have yelled something along the lines of opening the shower door again would result in the removal of body parts. Yeah, I’m not real sure.

But, I’m quite certain that it was at this moment I gave up on my few moments of peace and decided I should probably just go ahead and wash and get out of the shower.

As I was lathering up my hair, the youngest came back and began prattling on with her story.

“I TOLD him not to steal my tater babies! I told him I would call the policeman. The policeman is coming to get him now, Mommy.”

“No, the policeman is not coming. Policemen do not come to homes to settle cases of stolen tater babies. He was just teasing you. Now go eat your lunch,” I tried to tell her through a crack in the shower door.

“No, Mommy. The policeman is coming to get him. He’s at the door.”

“The policeman is at the door, and he’s coming to get him for stealing my tater babies.”

Oh for all that is holy, please do not let a policeman be in my kitchen. I flung open the door and could hear a man’s voice in the house.

I threw on my robe without even drying off. Heck, I didn’t even rinse out the shampoo. All I remember of the next few seconds is running as fast as my slippery feet could take me to the kitchen. I entered the kitchen at a skid. In fact, I’m pretty sure I stole home. I looked up, and there was a man in a blue uniform standing in my kitchen with my two oldest children.

I stood there soaking wet and slightly soapy. A small puddle was beginning to form on the kitchen floor, and all I could think was that this was it. This was where social services were called, and my children were taken away because I wasn’t watching them for 10 minutes all in the name of “self-care” (or at least hygienic care).

I quickly ran through every homeschool nightmare story I had ever read in HSLDA’s magazine. I wasn’t sure there was a precedent for defending oneself against charges of abandonment of tater baby theft, but I was sure that I would need some sort of legal counsel.

After a moment or two, I gathered what was left of my dignity, straightened my now slightly askew robe and tried to act like I was completely in control of my household and children.

At about this time, I noticed my husband had come home from work. I can only imagine his thoughts as he studied the scenario being played out in the kitchen. There stood all three of his children around the kitchen counter. In front of them was a uniformed officer and hugging the wall with a large puddle of soap at her feet was his very wet, wild-eyed (not to mention wild-haired) wife.

He looked at each of us in turn and then turned to the officer – the man that I thought who looked slightly familiar but couldn’t place. And, he began to greet him.

HE WAS TALKING TO – AND SMILING AT – THE MAN ABOUT TO TAKE AWAY OUR CHILDREN!!

And, then came the worst.

Oh, yes, this officer was familiar. He was the same officer who found our middle child the year before as she was escaping with her backpack and her pillow. She had prepared her get-away well. She hid behind mailboxes until she made it to the end of the road and then panicked and sat down in the adjacent field until the neighbors called the cops. Yeah, the cops. The same cop who was staring at my seemingly dysfunctional family at the lunch table.

I knew this was the end.

But, it wasn’t. It turns out that police officers DON’T come to your house for stolen tater babies (see, I knew it!). However, they DO come for hangup 911 calls that 6-year-olds make because they don’t have a clue their brother has only been pretending to call 911. And, as it turns out, they don’t arrest people for leaving their children alone for 10 minutes while they take a shower (or even if they hide in the closet with a tub of Nutella).

But, it seems that they have a hard time forgetting soaking wet women in oversized terrycloth robes sliding into a kitchen and flinging soap about the room. To this day, anytime I see him, he smirks and mutters “tater babies” under his breath.

Updated to add: I am not sure that it is socially responsible to share, but THIS is a tater baby. Deep fry at your own risk. 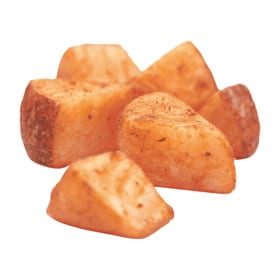 So, tell me I’m not alone. What thing have your children done that made you think this. was. the. end? 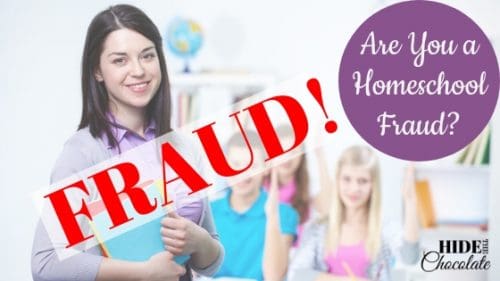 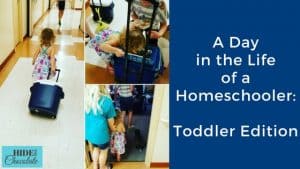