Inside: What do you do when you no longer have a child, but a grown person living with you? Parenting an adult is the hardest thing I’ve ever done.

Today I made a decision. I hope it was the right decision, but truthfully I don’t know. And, I may not know for years. Today, I decided to take a step back and let my son go, even though I’m pretty sure he’s not ready to head out on his own. Or maybe I’m not ready. 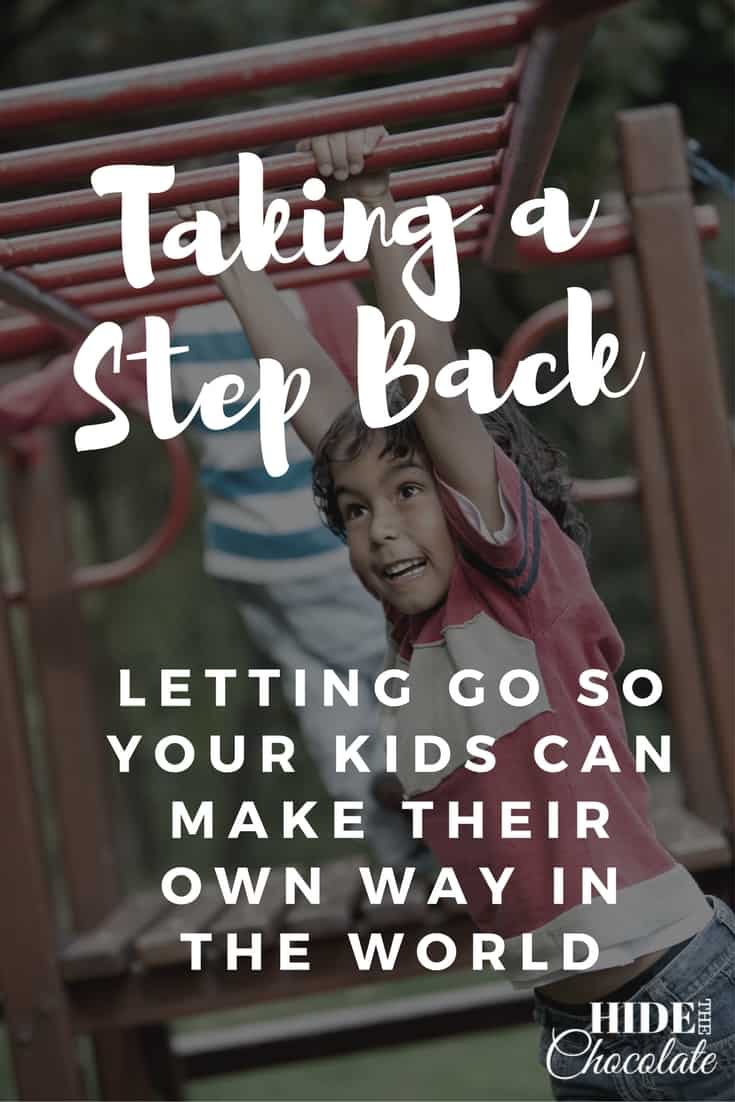 When my oldest was three, he decided to climb the monkey bars at the local park. It scared me to death. Part of me wanted to rush over and help him. But, another part of me knew I had to stand back and let him try on his own. If he didn’t learn to climb the monkey bars, it would be my fault for constantly taking over for him. I stopped myself from rushing to him. I did get closer, in case he fell, but I stood back and let him climb. When he got to the top and was proud of himself, I knew I had made the right decision. But, it didn’t stop me from closing my eyes while he climbed back down.

I couldn’t stand to see him fall.

That tiny little boy just kept growing and changing and conquering all sorts of obstacles. For eighteen years I’ve watched him climb more and more monkey bars. Some of them physically. Some of them emotionally. Every time I was there watching – waiting at the side to catch him if he fell. Each time I closed one eye and cringed as he struggled. Sometimes I jumped in to save him. Sometimes his dad picked him up and put him at the top of the monkey bars. But, always we were there hoping he would make the right decision and hoping he wouldn’t fall off and crack his skull. It has been one of the hardest parts of parenting.

Now that he’s eighteen and technically an “adult,” it’s even harder. Now he’s making decisions that can potentially affect the rest of his life. What college should he attend? Where should he live? Who should he date? He’s no longer climbing the monkey bars. He’s climbing a mountain. And, I can’t stand at the bottom hoping to catch him anymore. I have to just stand and watch and pray he makes the right decision.

At one time I thought changing diapers, waking every 3 hours to nurse, and chasing toddlers were the hardest parts of parenting. I thought that once my children were able to do things for themselves, the parenting would get easier. But, it hasn’t. In fact, it’s much harder. Now, I worry about them constantly. I worry if I’m screwing them up for the rest of their lives. I worry if they are making intelligent, responsible decisions.

Parenting an Adult is Slippery

Parenting an adult is a lot like trying to stick slime to a wall. For about 2 seconds it looks like it will stay there and then slowly it starts sliding down the wall. You often wonder if any of the things you tried to teach them “stuck” in their brains. And, you realize that there’s no way to know until they are parenting their own kids. Even then, who knows? Maybe they got it; maybe they think you were a horrible parent. All you can do is keep trying to stick that slime to the wall and hope maybe a little of it stays.

Today, my son made another decision that I found, for lack of a better word, irresponsible. The last few months we’ve been at odds with most of his life decisions. I’ve tried standing back and letting him make choices about college and life on his own. His father and I have given him “sage advice,” and “words of wisdom,” and often I feel like he takes what we say and deliberately does the opposite. And, I wonder why that is. Haven’t we always tried to give him advice to help better his life? Doesn’t he realize that we have his best interests at heart?

But, today I decided that I couldn’t keep trying to guide him like I always have. I can’t stand next to him and help him climb this new obstacle. I have to stand back and let him try this climbing thing all on his own. It is literally the hardest decision I’ve ever made as a parent. I can’t stop him from climbing away. I can’t prevent him from sliding down. I can’t keep him from slipping and injuring himself. All I can do is pray that he stays on and learns to tackle the challenge ahead.

Often I consider if I am making the best decision for my child. I realized today that I couldn’t make the decisions for him anymore. He has to do these things on his own. If he fails, I’m his mom. I’ll always be there to comfort him, but I can’t pick him up anymore. That’s his job. And maybe, just maybe, he’ll make a decision that will help him succeed. But, either way, he will have learned how to climb the mountain even if he gets a little scraped up along the way.

No matter what decisions he makes in life, they have to be HIS decisions. I love him and always will, but it’s his life, and it’s time I let him live it on his own terms.