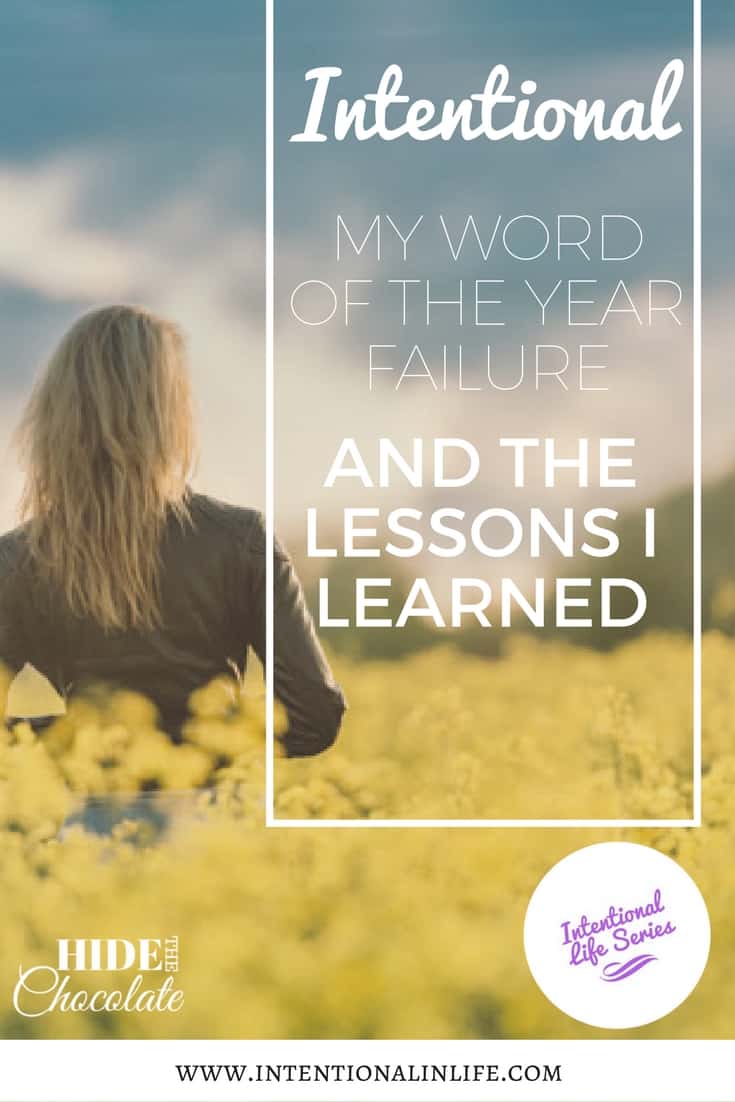 This post may contain affiliate links. By clicking, you are supporting our chocolate habit. Thanks! For more, refer to our Disclosure Page.

Choosing My Intentional Word of the Year

Last year, I realized that my days were swimming out of control. I had grand plans, but only a tiny percentage of them were coming to fruition. Most days I was feeling overwhelmed. I was floundering in each day, and creating bigger to do lists while feeling like I was never getting anything accomplished. I had visions of my children working beside me to learn and create memories. I saw us laughing through the day and building relationships. Of course, I also envisioned a clean house, home cooked meals every night, laundry always caught up, cheerful, content children and, as a bonus, a trimmer me.

My Plan to Be Intentional

I immediately put my plan into action. I began with the most important aspect of the plan…a new planner. I needed a place to schedule my intentional days and weeks and it needed to look pretty. I have a planner addiction that is only rivaled by my curriculum addiction.

The next part of putting my plan into action was to buy magnetic boards for my refrigerator and schoolroom walls. On these, I would plan our weekly meals and our daily chores. Things were shaping up nicely. I then began a plan to exercise. I thought I would tackle my addiction to social media and made a plan to only allow myself to peruse social media while I was exercising. And to keep up with how much I was exercising, I bought a Fitbit

These charms are made by the fabulous Grace and Faith Designs.

Want to know how I failed at being intentional and the lessons I learned? Hop over to Intentional in Life and read the rest.