Several years ago, dear husband and I made the not-so-difficult decision to stop reproducing. Those dreams of having a brood of six or more children frolicking through our home mimicking the von Trapp children were crushed by the reality that our children were (for lack of a better analogy) more like Gremlins. They refused to sleep through the night willingly, potty train on any kind of “normal” schedule, speak in an “indoor voice” or respond in virtually any way we expected. They excreted bodily fluids everywhere, left random bits of their existence in every room and boldly expected us to clean it all up while they completed a hostile takeover of our bed. So, we chose to quit while the quitting was good or as my husband puts it “we’re only slightly outnumbered”.

We’ve spent the last few years taking for granted our children’s abilities to clothe, feed and relieve themselves without our help. We have become stale in our abilities to parent a child needing constant attention and apparently, we have also become a bit forgetful. It seems that once you get rid of the diaper bag, stroller, and pack-in-play, a bit of nostalgia sets in. A parent doesn’t remember anything other than the sweet baby smells, the cooing and giggling or the chubby cheeks.

But, never fear reader, I have just the cure for all that wistful memory trekking…babysit a toddler. 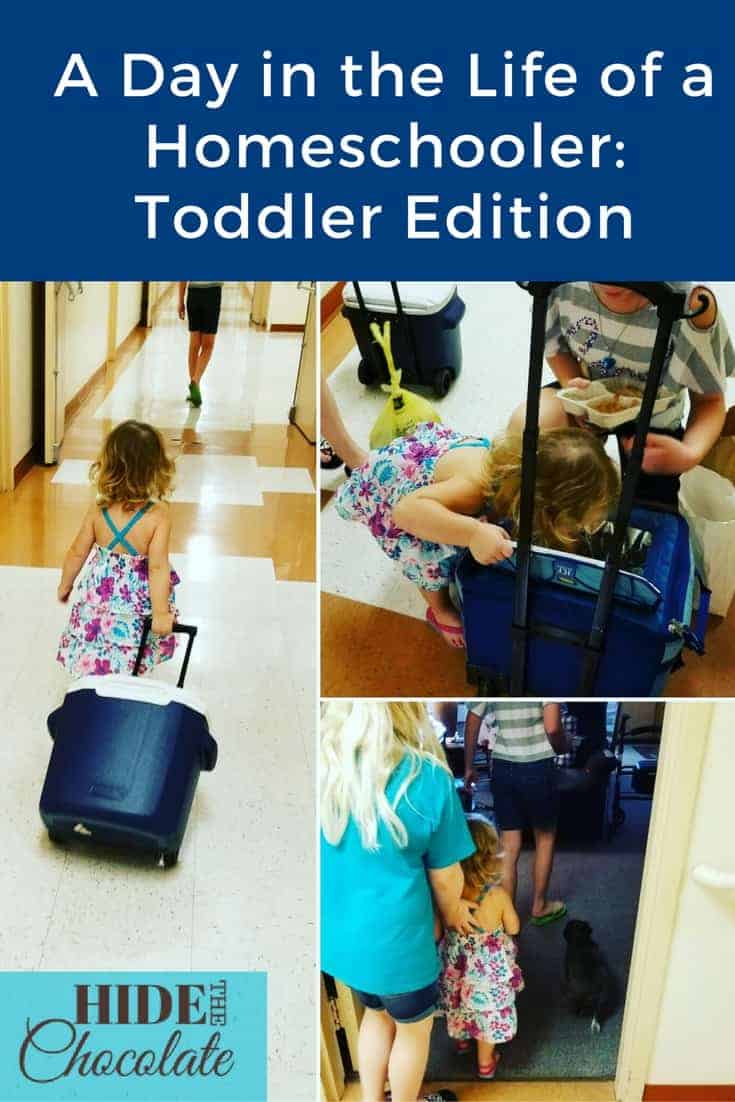 Recently, we had the opportunity to babysit a close relative who is under the age of two. “H’s” mommy was in the hospital giving birth to her sister, so we volunteered to be responsible for this adorable bundle of energy for a couple of days. During this adventure, I posted liberally to my Instagram account all the “filter worthy” pictures of our days. Which, in actuality, was approximately only about 7 seconds of our time with “H”. I left out a few of the moments from Instagram, but I felt I needed to share them with you, my faithful readers. So the following is our Day in the Life of a Homeschooler: Toddler Version – The Reality.

A Day in the Life: Toddler Edition 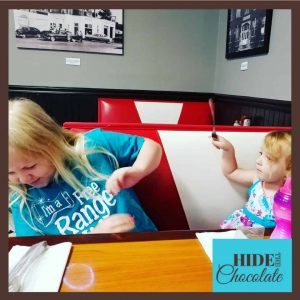 The day began before most of our kids were out of bed. Since we had a guest, we decided to go out for pancakes and biscuits. Sounded like a great idea… that is until the toddler began whacking people with her fork. Thankfully “L” had removed the knife from her utensils when we arrived before there was bloodshed. She spent the rest of the time standing in her seat, eating off everyone’s plate but her own, licking food and placing it on other’s plates and eating food off of her seat. “L” was thoroughly grossed out and strangely complained of a tummy ache before her breakfast was finished. 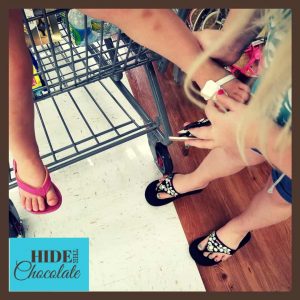 After breakfast, we had an hour to kill before we needed to be at Meals On Wheels, our weekly community service. My parenting brain thought “Oh, hey, I can run into Wal-Mart for some milk real quick.” As I mentioned earlier, the parenting brain has gone a bit lax. Five pairs of shoes later (yes, toddlers stop screaming when you let them have Minnie Mouse shoes) we strolled out of Wal-Mart not quite as briskly as we strolled in. It was officially 9:30 am. 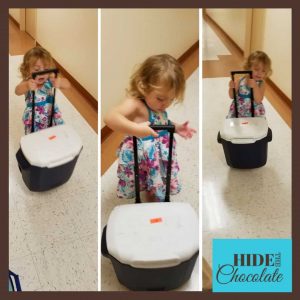 We arrived at Meals On Wheels in grand fashion. Everyone had a new pair of shoes – some slippers, some boots, even a pair of black and pink glitter hi-tops.

We were all happy.

We loaded up our coolers and headed out to deliver meals to the elderly. “H” was excited and wanted to be a part of the team. She pushed, shoved, picked up and eventually pulled the smallest cooler. 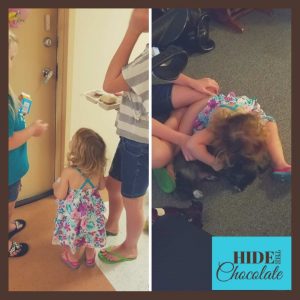 She handed out condiments and even caught a cute puppy in a fierce hug… with her face… on the floor. I combined the best of these moments in a beautiful Instagram post that showed us teaching the ways of community service to the youngest of Generation Z. It’s posted below for your viewing pleasure. 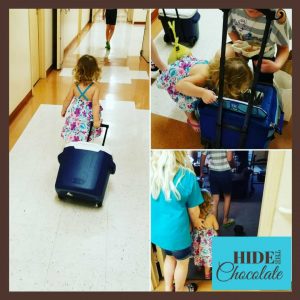 However, it didn’t show “H” running haphazardly down each hall of the residential community. Nor did it show her pushing the “Alarm” button on the elevator. And, of course, I failed to memorialize her escape from the elevator on the wrong floor and eventual capture (probably because I was using my camera hand to hold the door while “A” chased her down the wrong hall). 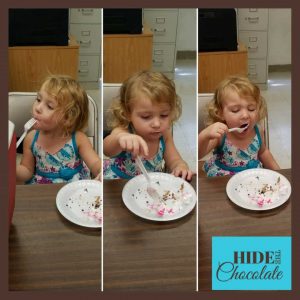 I don’t care if it’s your mother’s birthday, and someone brought a cake to work.

Especially if it’s ice cream. They will get it everywhere. I don’t mean just on their face and hands. They will get it on their clothes, your clothes, the clothes of any passing stranger, the table, the chair, all important documents. I’m just reminding those of you with “older child parenting brain” that you do not want to go there.

Mistake #5 – Don’t Give Toddlers Your Phone 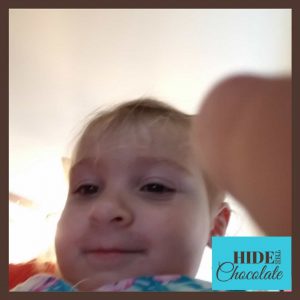 I know you’re thinking “I just need a break. What can she possibly do in two minutes?” Well, I’ll tell you. She can take 100 selfies of not only her angelic little face but of the space inside your nostrils. You will spend quality time deleting pictures off your phone and praying she didn’t accidentally post anything to your social media accounts.

Mistake #6 – Don’t Let Toddlers Out of Your Sight for More Than 1 Second. 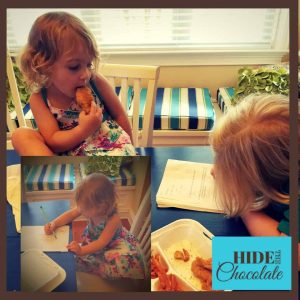 I’m not kidding about this rule. This is imperative. At one point, we spread out through the house. Each of us was stationed in a separate room while “H” ran between us. We were exhausted. That’s right. She wore out an 8 and 11-year-old, too. Each of us tried in vain to coax her to take a nap. We tried beds, couches, TV shows, sippy cups of milk. Nothing slowed her down for more than two minutes.

We finally gave up and decided this was going to be her parent’s problem at a later date. So, she sat down to school with the girls. I eventually stopped fighting her climbing onto the table (reminiscent of my battles with the cat) and let her eat lunch while watching “A” do her math work. At one point I did hear the following complaint, “Ooh, did you lick that chicken and put it back in the box?” I quietly left the room.

I thought we were in the clear once we stopped her from eating the dog food. I mean, she’s much too short to reach the cat food. And, really, I was elated that she never discovered the kitty litter. But, as I was preparing dinner, she caught sight of a chicken bouillon cube. In case you don’t use chicken bouillon cubes, they are small cubes of dehydrated chicken broth wrapped in shiny gold wrappers. They are extremely salty. You should never attempt to plop one in your mouth. But, “H” wouldn’t listen to my reasoning of “It’s yucky.” She knew I was trying to keep her from something sweet and delectable. She wasn’t fooled by my “grossed-out” looks. So after much insisting (via screaming), I gave her a bouillon cube. 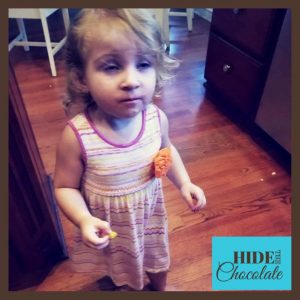 I really feel this picture sums up her feelings. Though the gagging for the next minute was probably a good testament as well. 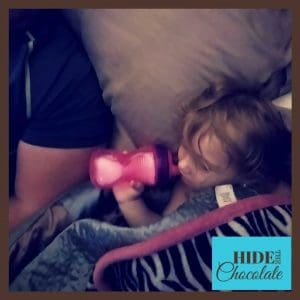 At the end of the day, this picture wasn’t a mistake. Yes, I know toddlers shouldn’t go to sleep with a sippy cup of milk. But, this is when I realized that all those irritating thoughts I have about my parents spoiling my children are unfounded.

They aren’t spoiling my kids. They are simply too exhausted to fight the battles anymore. They have come to the realization that they aren’t responsible for teaching this tiny person to become a productive member of society later in life. They are simply responsible for keeping them alive today. The easiest way to do that is to let them have and do pretty much what they want without causing bodily harm. That, I realized, was my job, too.

No one died. Heck, no one even bled. And on a day like this day, I count that as a win (though I did eat several spoonfuls of Nutella). 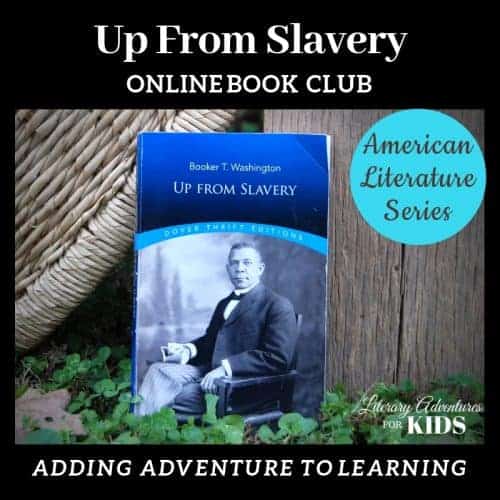 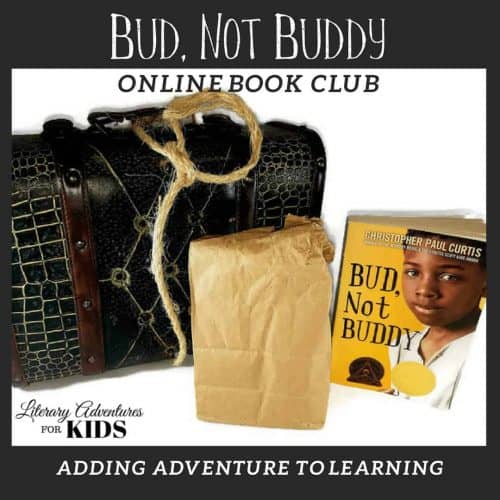 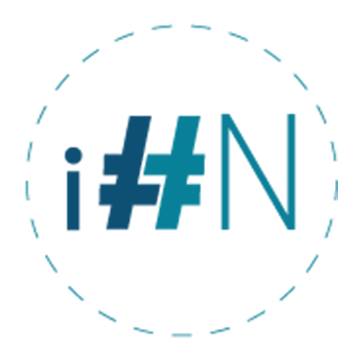