Red, yellow and green fishing boats, sail boats, and water skiers dotted the shore. The waterfront promenade was bustling with strollers, open cafes and shops. And cats. Lots and lots of cats.

Zoe Kalo. Daughter of the Sun

In Daughter of the Sun, Zoe Kalo sets the reader up for a thrilling adventure into ancient Egyptian cults and modern-day young adult fantasy. This YA novel has mystery, intrigue, budding teenage romance and a bit of gory hedonism.

Daughter of the Sun Book Summary

Sixteen-year-old Trinity was born during a solar eclipse and left at the doorsteps of a convent along with a torn piece of papyrus covered with ancient symbols. Raised by nuns in the English countryside, she leads a quiet life until she’s whisked away to the Island of Cats and a grandmother she never knew.

But before they can get to know each other, her grandmother dies. All that Trinity has left is a mysterious eye-shaped ring. And a thousand grieving cats. As Trinity tries to solve the enigma of the torn papyrus, she discovers a world of bloody sacrifices and evil curses, and a prophecy that points to her and her new feline abilities.

Unwilling to believe that any of the Egyptian gods could still be alive, Trinity turns to eighteen-year-old Seth and is instantly pulled into a vortex of sensations that forces her to confront her true self—and a horrifying destiny.

Daughter of the Sun Book Review

This book is the first in the series Cult of The Cat. Trinity’s past and future are as much a mystery to her as they are to the reader. We both are taken along the same path of discovery as Trinity learns of her parents, grandparents and the mysterious island of cats. Along with her pet cat, Slugger, she discovers new abilities and makes new friends.

Zoe Kalo’s writing easily had me on the edge of my seat as I tried to uncover the truth. I was drawn into the mystery and, because it was the first in the series, left with many questions at the end of the book. Now, I must wait for the next in the series. Sigh.

This book is written for teenagers and older. The romance is mild as is the language. There is some graphic violence related to the cult and animal sacrifice that could be disturbing to some readers.

**I was provided a free copy of the book for my honest review. 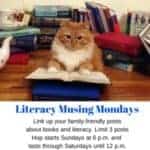