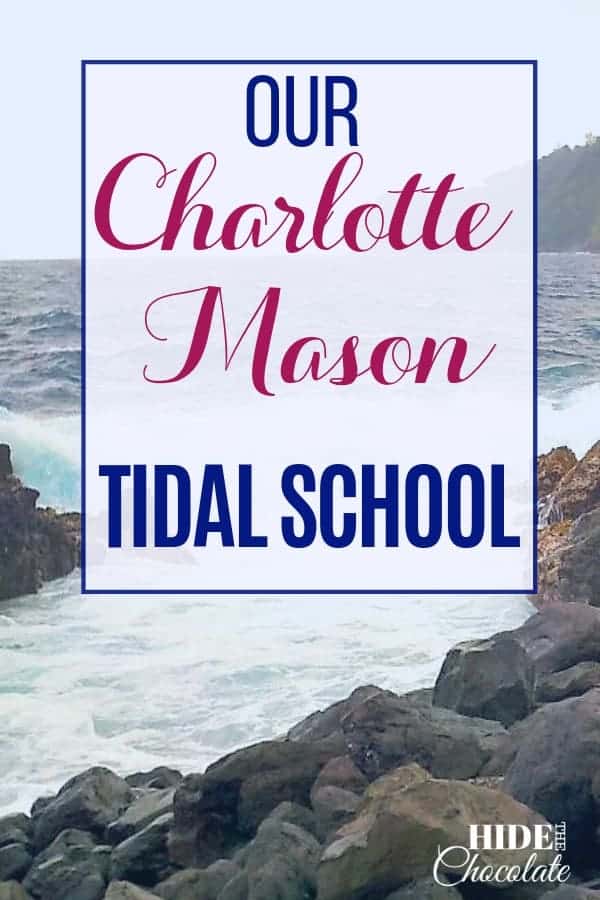 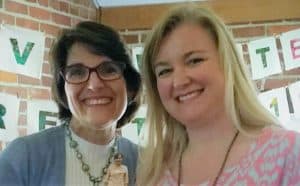 Getting to meet the Fabulous Julie Bogart in person was the highlight of my trip!

For some time now I have been a huge fan of Julie Bogart and Melissa Wiley. These amazing women are full of wisdom and knowledge. If you haven’t listened or read anything by either of them, you must drop what you are doing and begin immediately.

Julie’s talks are like therapy… or maybe like chocolate. I’m not sure which, but I always feel revived after I listen to her speak. She is a homeschool mentor who she speaks from the heart.

Melissa’s soft-spoken approach is different but complementary. Her approach to homeschooling, Tidal Homeschooling, has fit perfectly into our homeschool. When Julie announced that she and Melissa would be speaking at the Brave Writer retreat, I knew that I had to hear these two homeschool gurus in person.

When we started homeschooling, Charlotte Mason was appealing to me. I loved the emphasis on literature, especially living books. But, Ms. Mason’s philosophy had some components I just couldn’t put into practice. I tried, but then I would fail and begin to feel overwhelmed. I couldn’t live up to the 20th Century values in a 21st Century world.

Now, don’t get me wrong. I believe in most of Ms. Mason’s principles, but it was the “putting them into practice” that was causing me problems. I was secretly hiding that I wasn’t fully embracing the philosophy. My kids weren’t learning Handicrafts and Habits, and I detested going outside in the southern heat for Nature Study.

We are Charlotte Mason Slackers

And no matter how on schedule and planned I was in August, by January I was exhausted. I was ready to let the kids “veg” on screens. I was looking for workbooks and minimal effort by “Mom”.

The kids were worn out, too. They were ready to hibernate for winter. Call us when it’s spring when we can act like real people again. They needed inspiration. At some point, I gave up on Charlotte Mason’s values and structure and considered us slackers.

Charlotte let down your bun.

And so I was excited when Julie Bogart started speaking to me about Updating Charlotte Mason to the 21st Century at the retreat. She so eloquently brought Charlotte out of the 20th century and let her hair down.

Her talk made me realize it was absurd to hold myself to all the values of a society from another century. Trying to force ourselves into that mold is not only exhausting but, simply put, ridiculous.

I love the Charlotte Mason values of children being born persons and education being an atmosphere. I love the ideas of bringing all subjects together through living literature.

But, I also believe in using technology, something Ms. Mason didn’t have at her disposal, and each student making their own unique contribution to society. Julie reminded me that “this moment is different from her [Charlotte Mason’s] moment.”

We live in a different value set; not better, not worse, just different.

We live in a different value set (than the 20th century); not better, not worse, just different. #ihsnet Click To Tweet

Melissa Wiley is one of the most genuine people I have met.

As I was listening to Melissa Wiley speak about Tidal Homeschooling, I realized that I wasn’t giving myself enough credit. In those weeks when I felt so discouraged and exhausted, we hadn’t stopped schooling. We had just changed the way we homeschooled.

As Melissa describes it, we were in “low tide.”

You see “high tide” is that time when you’re feeling great as a homeschooler. The days are structured. The work is quantifiable. Subjects and activities define the days.

But, “low tide” is the time when there isn’t a lot of structure. It is a time when the kids are pursuing their interests and “mom” is an enabler… a facilitator. The house is covered in messy, creative projects. These days are harder to quantify and to me always seemed like jello — slippery and hard to manage.

But, that was where I was wrong. We weren’t “slackers” on those days. We were in “low tide.” Instead of fighting the tide, we are embracing it. The kids and I are discussing what we want to pursue in “high” and “low” tide… together. We’re giving ourselves permission to deviate from “the plan” for a time and learn organically.

These weren’t the only lessons I learned during the Brave Writer Retreat. Some I am still trying to process. I came home raw. My emotions and feelings were jagged. It has taken me days to work through some of my thoughts. It will take me some time before I can get all my reflections written down. But, for now, I am relishing this new freedom to homeschool the way that is best for us. And to keep in mind the words of Charlotte Mason,

Thought breeds thought; children familiar with great thoughts take as naturally to thinking for themselves as the well-nourished body takes to growing; and we must bear in mind that growth, physical, intellectual, moral, spiritual, is the sole end of education.

Do you go through tides in your homeschooling? What do your tides look like?