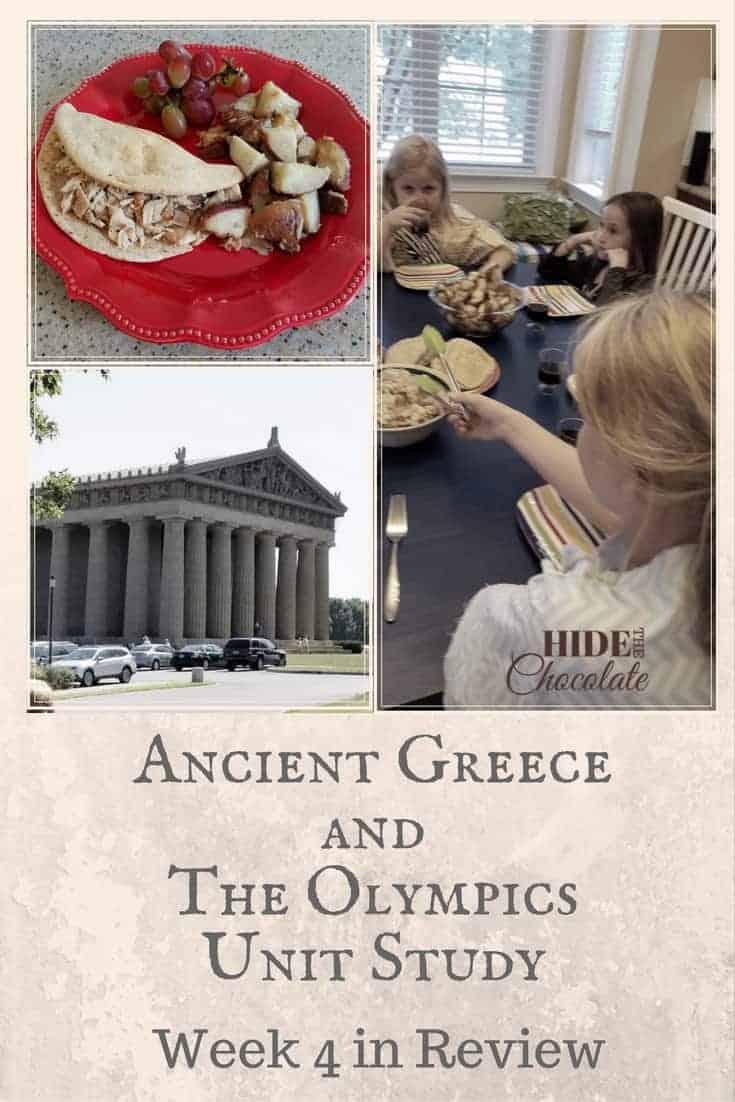 We finished reading from Usborne’s Encyclopedia of the Ancient World. This week learned about Macedonia, Alexander the Great, and the Roman conquest. We then spent some time reading about famous Greek innovators from mathematicians to philosophers.

The girls were sad to finish our readings from D’aulaires Greek Myths. They have so enjoyed learning the Greek Myths. We decided to add another book to extend our reading. Our newest Greek myth is The Children’s Homer: The Adventures of Odysseus and the Tale of Troy.

We finished our ancient Greek studies with several fun activities. First, we downloaded a star constellation app onto our phones and found the Greek heroes in the night sky. Since we had very clear nights, we were able to identify several constellations and then related the stories we had learned. 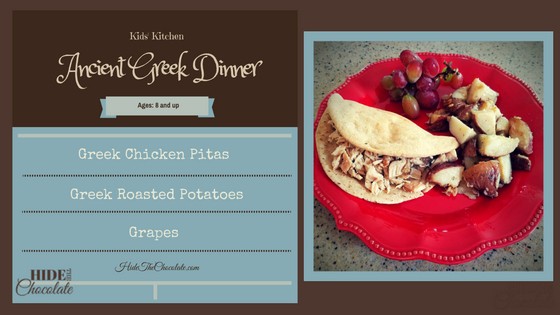 The girls prepared a Greek meal one night and invited friends over to eat. They dressed in their ancient Greek costumes for dinner and narrated Greek myths to their buddies. The dinner menu was simple enough that the girls were able to prepare it with minimal help from mom. I enjoy it when the kids can fix dinner, and I get a break.

And lastly, we went on a field trip. Fortunately, we live relatively near a replica of the ancient Greek Parthenon, the temple of Athena. 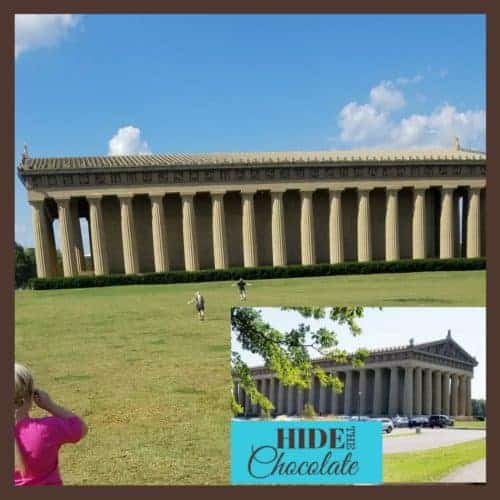 The Parthenon was constructed in 1896 in celebration of the Tennessee Centennial Exposition. Nashville’s nickname, the Athens of the South, was due to its reputation for education (namely Vanderbilt University), and so the Parthenon seemed a fitting tribute. It was built as an art gallery, and the bottom floors remain so today. In the 1980s a magnificent 40-foot sculpture of Athena was completed to stand on the upper floor. 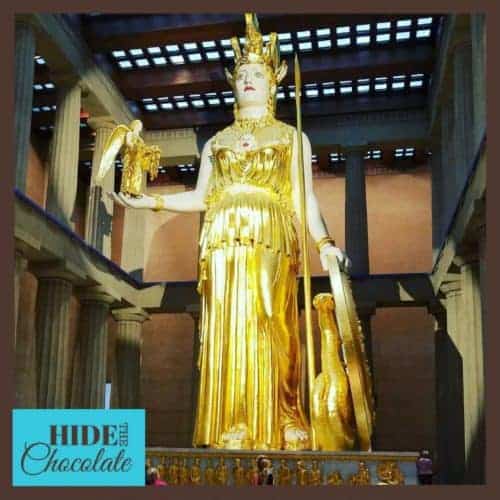 L-, the Percy Jackson fanatic and all around Greek enthusiast, was enamored by not only the enormous golden Athena but also by some artifacts left a little more recently. 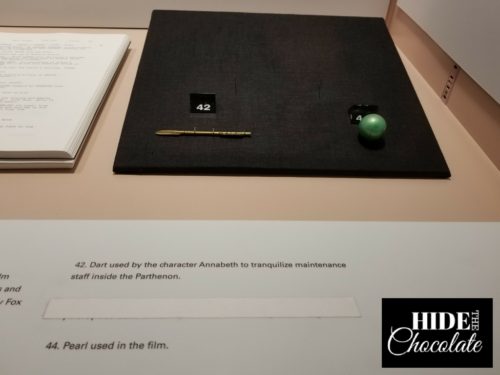 L- was excited to see the script from the movie, Percy Jackson and the Lightning Thief

. They also had a dart and pearl from the props of the film.

The last month was a fun one and a nice break from our usual routine. We plan on adding more unit studies later in the year. Lesson plans for the Ancient Greek and the Olympics Unit Study are free to subscribers. Get your free downloads below (subscribers can find them in the Chocolate Closet).

What unit studies do you have planned this year?

Follow along each week by clicking the following posts: 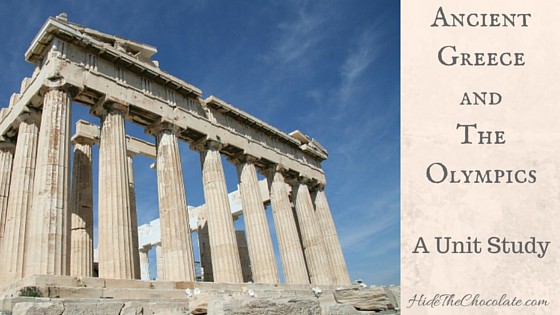 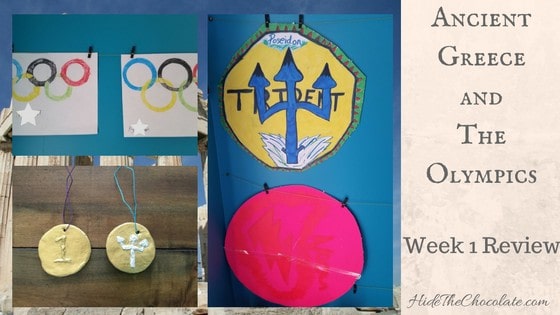 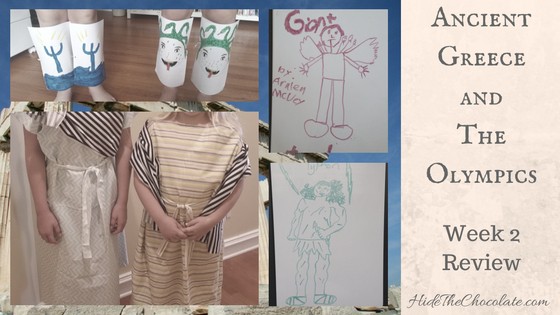 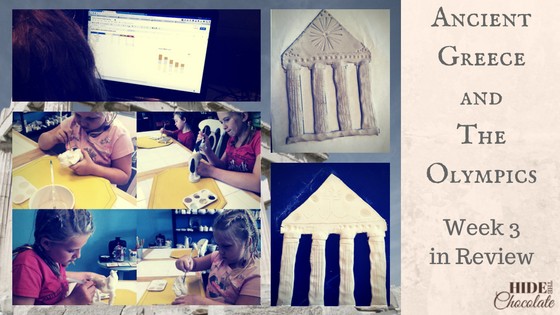