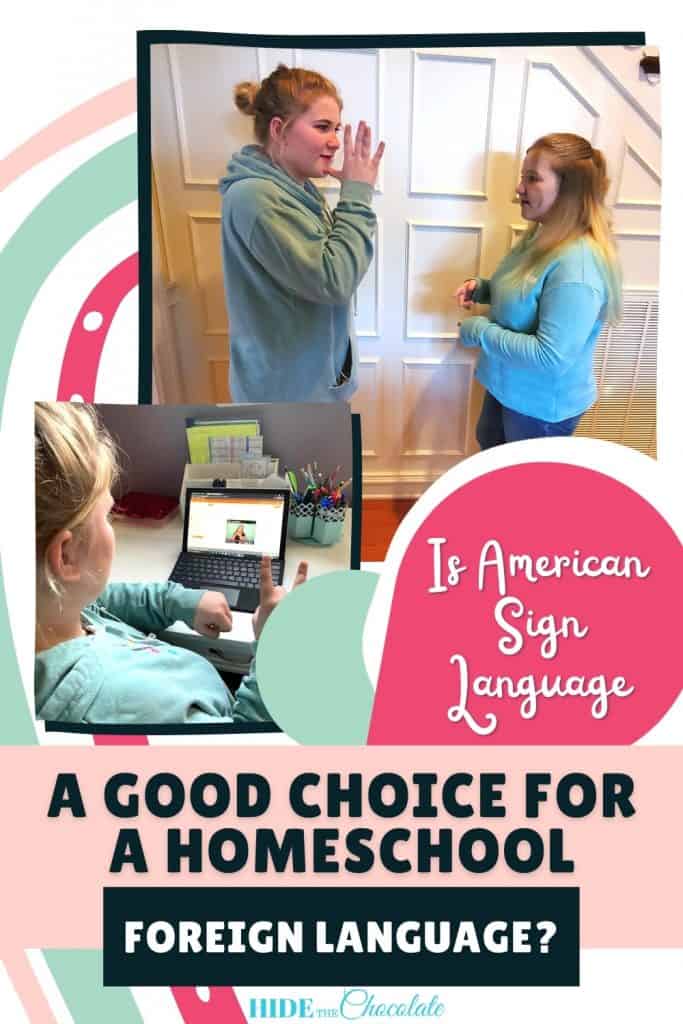 The debate over whether to accept American Sign Language, ASL, as a foreign language has raged for years. Recently, there has been some movement in the direction of accepting it as a credible foreign language option for high school.

For many, the issue in considering ASL as a foreign language derives from the fact that it is based on a loose language structure with a reliance on English.

But many scholars argue that ASL is a distinct language with a grammar structure very different from English. And though its origins are based in North America, that doesn’t restrict it from being a foreign language. Many Native American languages are considered foreign and also have roots in North America.

It’s estimated that up to half a million people currently use ASL as their primary or secondary language. The mainstream media has begun to use translators in many ways, including press conferences to Star-Spangled Banner performances. As ASL becomes more popular, more states will consider it a viable option as a foreign language.

Yes and No. To answer this question, it depends on many factors.

First, you need to determine if your state or umbrella school allows ASL as a foreign language. These laws and rules differ depending on your circumstances, so we can’t state for certain if ASL will be accepted for your student. However, the majority of states have begun accepting ASL as a traditional foreign language alternative. So, the chances are likely that your student can choose these classes as a part of their core curriculum.

Next, your student will need to determine if they plan to attend college and, if so, will that college accept their foreign language credits for admission. The American Sign Language College has compiled a list of colleges and what they accept in a handy map format. The survey results were given in 2017, so some of the data may have changed in recent years.

There are many books and programs that teach American Sign Language. When we decided to look for a program, I wanted one that I felt comfortable using and had a respect for the company. Mr. D Math is a company we have used for several years. We have enjoyed the live and self-paced math classes. So, I was a little surprised that they had branched out into American Sign Language. 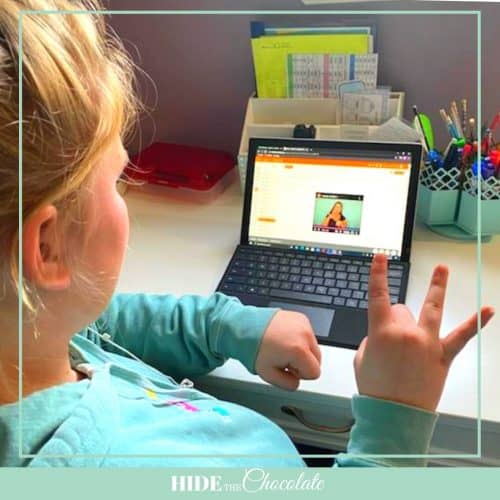 Even though we weren’t expecting a foreign language class from one of our favorite math curricula, we quickly discovered that we did not need to worry:

What Can You Expect From a Self-Paced American Sign Language Class?

Both of my girls we excited to learn ASL with Mr. D Math. After they took their first lesson, they came to me showing what they had learned. I was amazed.

Within a couple of weeks, they were communicating with each other in a language without words.  These classes were extremely effective, and I was happily surprised at how well they were learning. 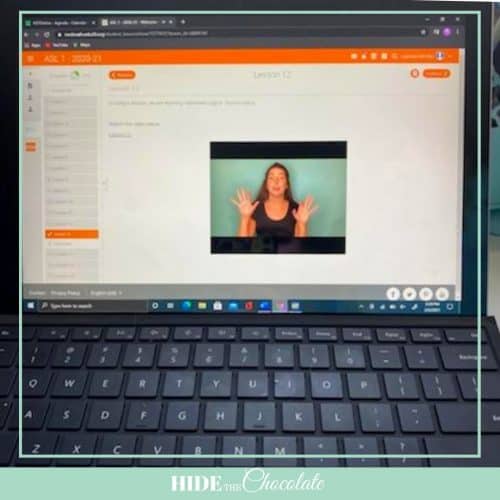 What Do My Kids Like About ASL with Mr. D Math?

There are many reasons my kids are enjoying ASL. Still, by far, their favorite is communicating in a secret language with each other especially, if their parents have no clue what they are saying over the dinner table! 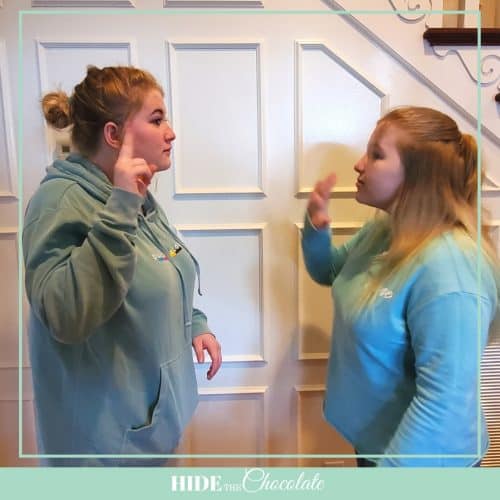 Sometimes the ASL discussions get heated!

What Do I Like About ASL with Mr. D Math?

I am a huge fan of anything that is in an easy to use format — think “open and go.” Mr. D Math‘s ASL is setup the same way the math programs are with:

My kids and I are fans of online programs, and this one is one of the easier ones to use. We have never encountered a technical error, and the instructions to get started and continue the program are straightforward.

How To Learn More About Mr. D Math’s ASL Program

There are currently three ASL class options at Mr. D that are each a full-year language credit for high school. The first, ASL -1, is the one we are taking. However, we plan to take the others in the future.

Each class is self-paced, so your student can work on their own schedule. But, there are two different options:

So, what are you using for foreign language this year?